Exotic Adventures Since The 70’s

Among the world’s first SCUBA instructors, Bill Finstad began introducing divers to our underwater world in 1972. Finstad’s Scubaventures opened its doors on the Santa Cruz Harbor-front, beside Jack O’Neill selling wetsuits and offering dive travel packages. This was the golden age of SCUBA; there were incredible possibilities for adventure, healthy ecosystems, and fewer rules and regulations. After selling Scubaventures, the business began to rely on word of mouth and referrals. Youngsters, remember this was before the internet and cordless phone! Being successful in this form was quite an achievement. In the 1990s Scubaventures became Finstad’s Worldwide Diving Adventures, operated by Bill and Cindy Finstad. Together they instructed thousands of students and organized approximately twenty incredible dive trips annually.

When Bill started feeling the call of the wild, err, retirement, his daughter Kristy took the torch. Bill’s fins are too big for anyone to fill, but Kristy naturally swam in the same current. In 2004, she became a NAUI instructor and her husband Dan got his US Coast Guard Captain’s license. During this time, we typically ran five to seven trips per year to the Channel Islands in California, operated small boat dive charters in the Monterey Bay, and coordinated exotic, international dive vacations for our dive family. 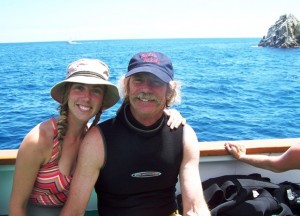 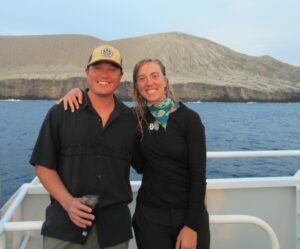 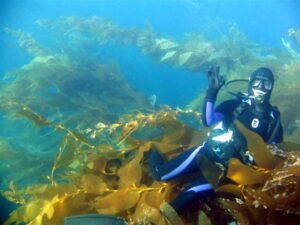 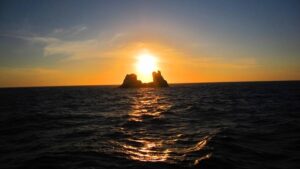 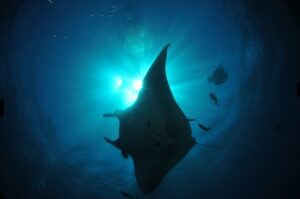 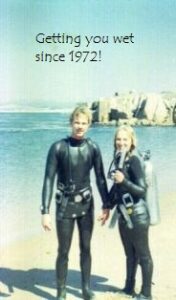 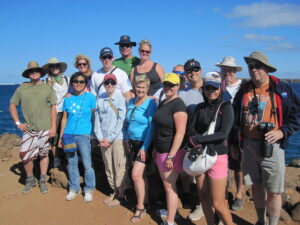 The people that dive and travel with us have always been more than clients. That word sells them short. It’s a dive family, not a club or group of random people. Most divers that come on our trips have been along on the ride with us for many years. Each trip brings familiar faces from past adventures. They come back, bring buddies, and we bond in ways that you only can while diving, traveling, and experiencing the wonders of the world.

On September 2, 2019 in the early morning hours of the Pacific Time Zone our lives, and many hundreds of close friends and families too, were irreparably changed forever when the dive boat M/V Conception caught fire and burned to the waterline off the coast of Santa Cruz Island in California. Onboard were Kristy and thirty two other members of our dive family. Dan was leading a different group diving Cocos Island in Costa Rica. Ultimately, all thirty three dive family members and one crew member aboard the Conception perished in the fire. It was the worst maritime disaster in California in over 150 years.

Since then, Dan, Bill and the rest of the Finstad, Harmeling, and Chua families, along with all of our dive family and friends, have slowly been putting the pieces of their lives back together. One thing has emerged as a healing force for me: our love of the ocean and it’s healing properties. Being in the ocean, immersed in the life blood of our planet has helped me like nothing else could. Feeling the energy transfer of a large wave under a surfboard or a strong current across the top of a seamount while watching sharks glide effortlessly can offer incredible healing. It’s with gratitude that we move towards life again, accept and experience the gifts of it, and live life to the fullest in honor of our lost loved ones. And with passion and excitement that I return back to where my soul resides-in the ocean. I hope you’ll come with me, immerse yourself in the saline solution we call the ocean, feel it’s energy reverberate through your body, and choose to live life like others dream!

See you on the bottom!